DHS Theatre Encore Performance of Lend Me a Tenor 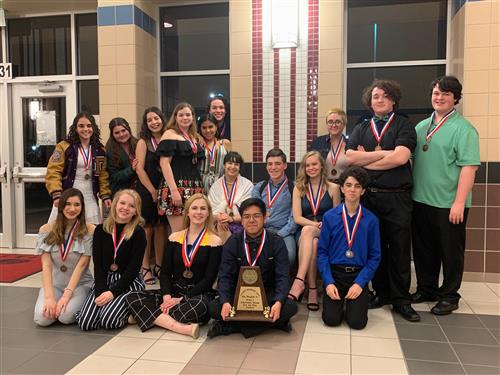 Denton High School Theatre’s UIL One Act production of Lend Me a Tenor by Ken Ludwig was a fast-paced farce with 6 doors, 8 actors, and too many props to count. The company advanced from District to Bi-District, to Area, and were alternate to Region. They won several individual awards at each level:

The company will celebrate an amazing run with one final Encore performance in the DHS Auditorium on Thursday April 25th at 6:30PM. Tickets are $5 and can be purchased online or at the door.

To purchase tickets to the show, please click here.